Lambeth Council has written as follows in respect of the lying-in state arrangements for Her Majesty Queen Elizabeth II:

Following the sad death of Her Majesty Queen Elizabeth II, Her Majesty will be Lying-in-State at Westminster Hall between Wednesday 14 September and Monday 19 September. The queue for the Lying-in-State will pass through the north of Lambeth, mostly along the South Bank.

Lying-in-State describes the formal occasion in which a coffin is placed on view to allow the public to pay their respects to the deceased before the funeral ceremony. Her Majesty Queen Elizabeth ll's Lying-in-State at the Palace of Westminster opens to the public at 5pm today. It will be open 24-hours a day until it closes at 6.30am on 19 September.

Large numbers of people from across the country and beyond are expected to attend, and therefore the Department for Culture, Media and Sport (DCMS) are managing the queue, with support from local agencies including Lambeth Council.

The queue will form on the Albert Embankment, run along Belvedere Road behind the London Eye, and head onto the South Bank where it will follow the River Thames past the National Theatre, Tate Modern and HMS Belfast through to Southwark Park. 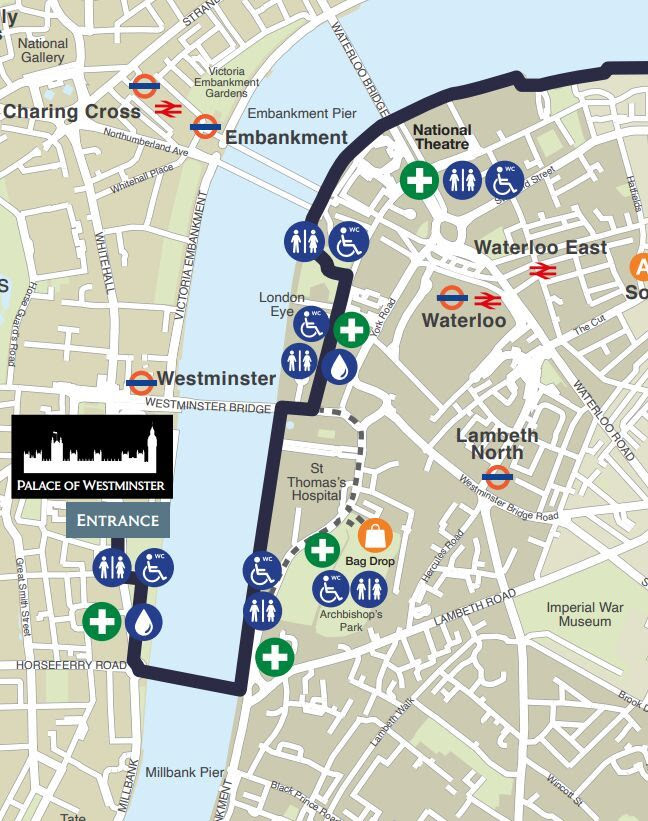 We want to reassure you that we are working with DCMS, the Metropolitan Police, Southwark and Westminster Councils, and other agencies, to limit the disruption caused to Londoners living on the route. A professional events company has been commissioned by DCMS to manage the event, and they will ensure adequate facilities are put in place, including toilets and welfare facilities.

We would like to thank you for your patience and understanding as our borough supports the national period of mourning and funeral arrangements for Her Majesty. We will keep you updated about the arrangements, please follow our Twitter account @lambeth_council and visit lambeth.gov.uk for updates.

The Council has also written by letter to residents most affected; see here.