Norwood Forum has received a copy of the information letter being sent to all local residents (dated October 2019). We hope to be able to post more regular updates on progress with the works, dependent upon information being received from Thames Water in a timely manner.

Around half of the new water pipe has now been laid, but Thames Water have amended the previously announced order of the works in the run up to Christmas:

The Christmas shutdown will now start two weeks later than envisaged - delayed from 30 November to 14 December 2019, and continue until 6 January 2020. All working areas will be cleared and the site offices removed. Lancaster Avenue, York Hill and Leigham Vale will be re-opened to traffic to allow full access to shops and businesses during the festive shopping period.

Works will then continue between Chatsworth Way and Robson Road, and until May 2020 the site office will be located on Robson Road. During this period Robson Road will be closed at the junction with Norwood Road.

Works should still be completed by end of June 2020.

We raised with Thames Water the difficulties caused to bus passengers by the closure of bus stops, an issue that was raised with Thames Water representatives at our public meeting in July 2019. We asked for a guarantee that consecutive bus stops would not be closed, and for more information to be shown on closed bus stops as to the next available stop. During one recent period all southbound bus stops between the south circular and Robson Road were closed. Thames Water did not respond positively to these requests.

We also asked for a protected pedestrian path across Lancaster Avenue to be reinstated, but Thames Water have refused to install this. The current obstruction and danger to pedestrians will therefore apparently continue until the site office is removed (about 14 December 2019). Thames Water have however confirmed that a pedestrian way will be maintained across Robson Road (between Tesco and the Cemetery) when the site office is relocated there.

You can read the Thames Water letter sent to all local residents here and here. 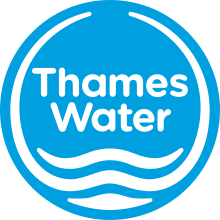