London’s Blue Plaques are iconic. But the London Assembly is running a campaign to point out they are deeply unrepresentative of our city and to seek nominations to put this right.

The scheme, which has been running since 1866 and overseen by English Heritage, honours Londoners who have made a positive contribution in their field, communities and wider society.

Of the 943 plaques installed to date, only 132 commemorate women. That’s not because women haven’t contributed to London’s rich history. The problem is: women only make up a third of the nominations English Heritage receive. The London Assembly is seeking to submit 100 nominations of women worthy of a Blue Plaque. 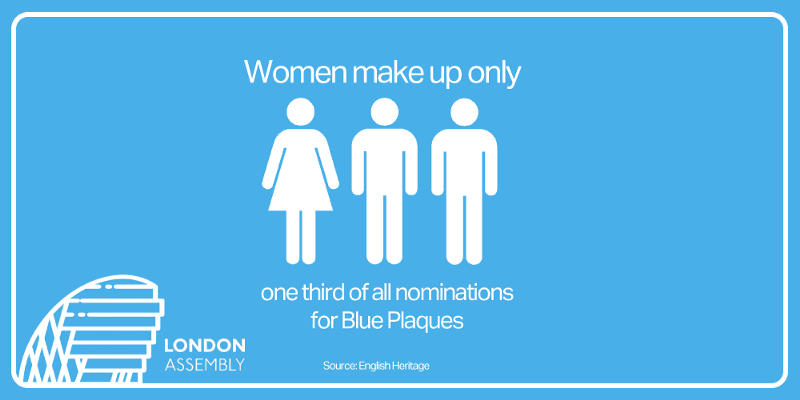