Issues discused are set out below.

The issue of air pollution had been debated at the Clean Air public meeting on 24 September 2019. As part of the evidence gathering to support the Norwood Planning Assembly (NPA) emerging Green Town Plan policies on air pollution, a “citizens science experiment” to measure levels of Nitrous Oxide around our neighbourhood had been conducted. Potential illegal levels of Nitrous Oxide along main roads within Norwood had been found. See the NPA web page here.

The following issues were discussed by the participants:

In conclusion the participants were asked to suggest one improvement they would prioritise for the future for Norwood:

Clare Neely: filtering out rat running motorised traffic in residential roads (motor traffic evaporation), in order to encourage cycling and walking facilities and a reprioritising of road use.

Councillor Pete Elliott: a network of main roads with all side roads and residential areas designated as LTNs, and an end to the demolition of Central Hill estate.

Thomas Denhof: a focus on bold experimental schemes installed temporarily to give local people experience of the proposal and decision-making powers.

Steve Fleming: more closure of roads to motorised through traffic.

Tom Venables: echo previous comments, if Norwood Road could not be closed to private motorised vehicles, cycle lanes should be installed.

Simon Phillips: it was great to hear the great ideas suggested and the appetite for change in Norwood. The Council had limited resources and its role was simplified where local people mobilised together to prove the need and local demand for schemes.

Norwood Forum would like to thank everyone who took part in the meeting for all their contributions, and all those watching on Facebook for their helpful ideas and comments which were fed into the discussion during the meeting as far as possible. We will follow up issues raised with the participants to ensure matters are progressed for the benefit of Norwood. 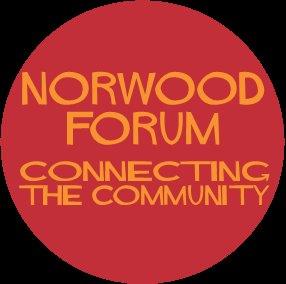