A longstanding campaign to save two veteren Oak trees adjacent to the Cox's Walk footbridge in Sydenham Hill Wood has been successful. Last week permission was refused for the felling of the two mature oaks, and a provisional Tree Preservation Order (TPO) placed on the whole of Cox's Walk and Sydenham Hill Wood (which will continue for a further six months or until the order is confirmed by Southwark Council).

The Council had planned to fell the two trees to enable maintenance work to the footbridge - which has remained closed during the protracted dispute. Campaigners guarded the two oaks, thought to be 155 and 115 years old, day and night from mid-November. The petition to save the trees raised over 6,700 signatures.

The London Wildlife Trust highlights that as well as protecting the two Oaks at the centre of the campaign, the TPO is great news for the Wood as it gives the site deservedly better protection on top of its status as a Local Nature Reserve. An application now has justify why any tree should be lopped or felled subject to the TPO, though this does not apply to any trees that are dead, dying or dangerous.

The Save the Footbridge Oaks Campaign say it would be really useful if you could write to the case officer Oliver Stutter at oliver.stutter@southwark.gov.uk to express your support for the TPO.  Comments and objections have to be received by 5pm on Tuesday 16 February 2021. 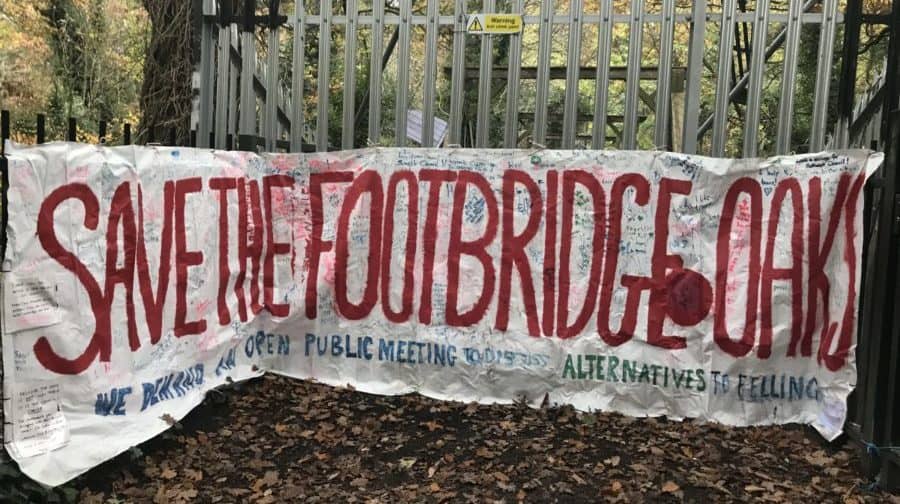