At the Norwood Action Group ("NAG") AGM Picturehouse Marketing and Communications Managers were given a rough ride over the length of time the project is taking and the refusal to pay the London Living Wage.  The main updates were:

- Due to issues with the building contractor the project has been delayed and the new target date is "end of summer" though it is hoped it will be sooner.  A  new Project Manager has been employed who will be more hands-on and direct the build.  As recognised this is Picturehouse's "longest" project and needs to happen without further delays and excuses.

- Whilst Picturehouse pays above the minimum wage there is no plan to introduce the London Living Wage. They claim that this in line with other cinema chains and their wages are generally higher.  A member of the audience responded to this by saying that being the "best of the worst" was not something to be proud of.  Lambeth Council are continuing to push Picturehouse to adopt the London Living Wage but they have no legal power to make them do so.

- There was some confusion over whether the  Library will be opening in advance of the Cinema.  Councillor Sonia Winifred, Cabinet Member for Equalities and Culture, is keen to have the library open as soon as possible and thought this could be prioritised however Council officers stated that support services like cleaning will not start until the whole building is complete, shared infrastructure including the entrance and bathrooms are still outstanding and building noise had to be considered.  In the meantime the Library will remain at its current location in the Old Library.

- One good note, the statue of Oedipus and Jocasta sculpted by David McFall will be returning to the building and will be located in the courtyard.  This is sure to be a talking point. 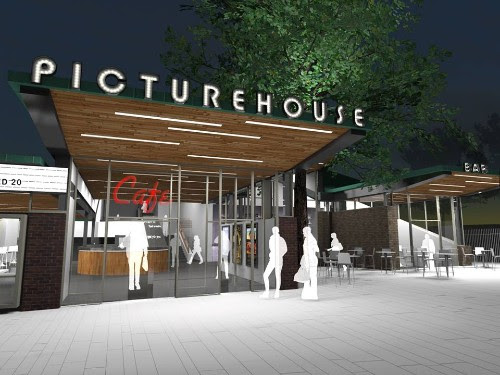