As you walk round West Norwood, look up – you might see one of the most thrilling sights in nature.

The drastic decline of the peregrine falcon after the second world war was partly caused by widespread pesticide use, but stricter controls were introduced and the population recovered. In particular they’ve flourished in London, where tall buildings such as Tate Modern offer similar nest sites to the cliff ledges they prefer in coastal areas. And with feral pigeons abundant, there’s no shortage of prey.

Now West Norwood has its own peregrines. Look up whenever you’re near St Luke’s – up into the bell tower, where you might see one perched, wind ruffling their plumage; or up into the sky – their distinctive silhouette, with pointed wings and heavy chest, can be the high point of any day. Yesterday the female (larger than the male) flew low over Platform 1 of West Norwood station and up into the tower as I waited for a train.

If you’re really lucky, you’ll see them hunting, wings tucked in, diving in a thrilling ‘stoop’ which might reach speeds of 200 mph.

Book: Why Do Birds Suddenly Disappear? 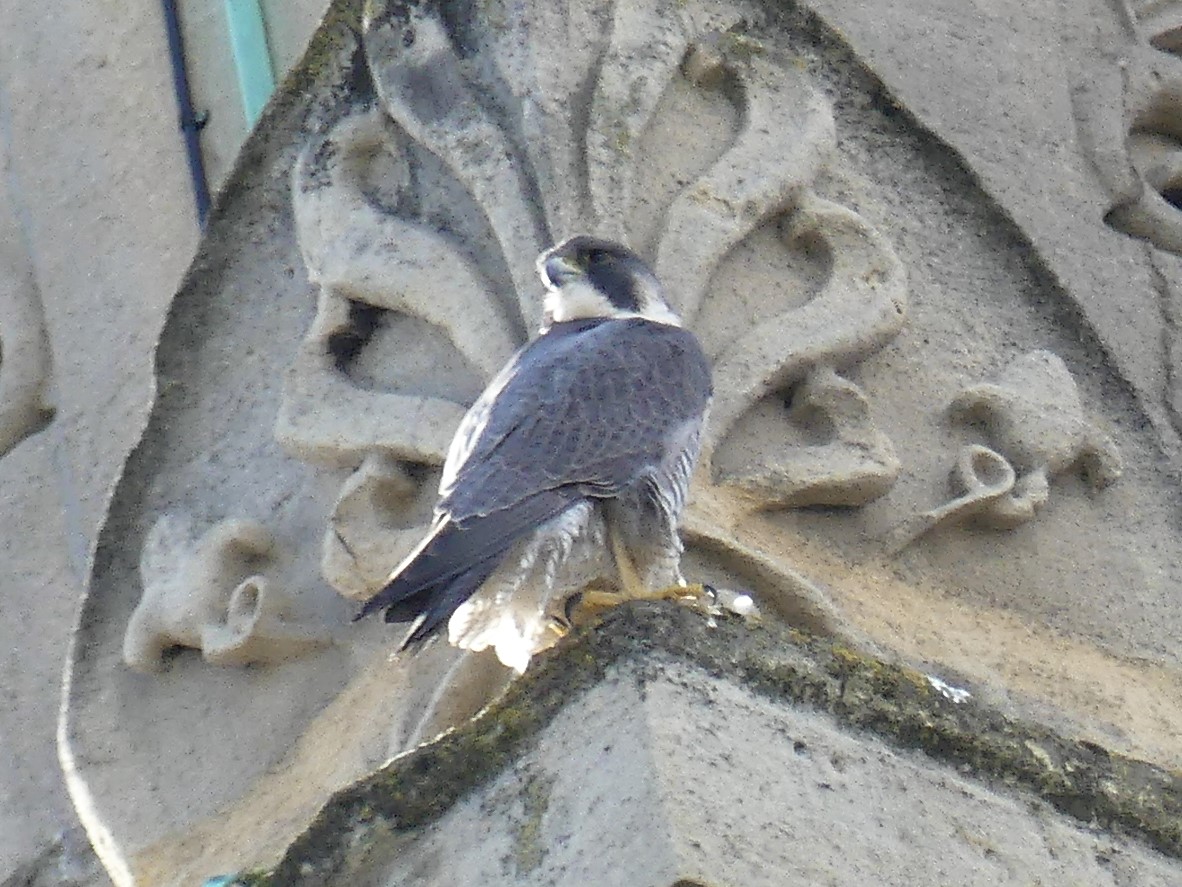 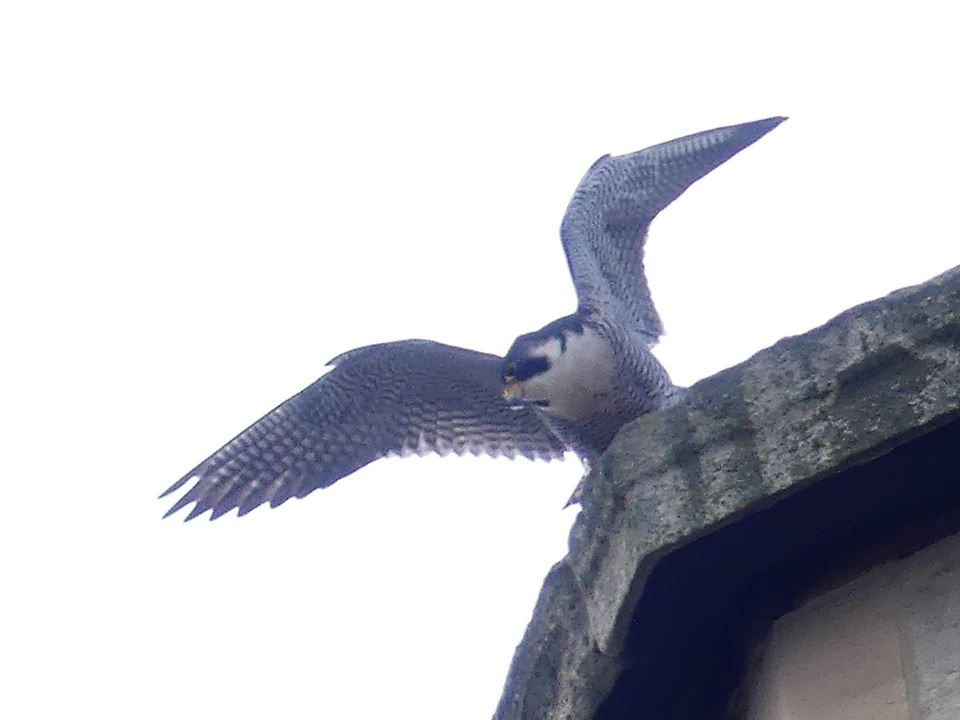 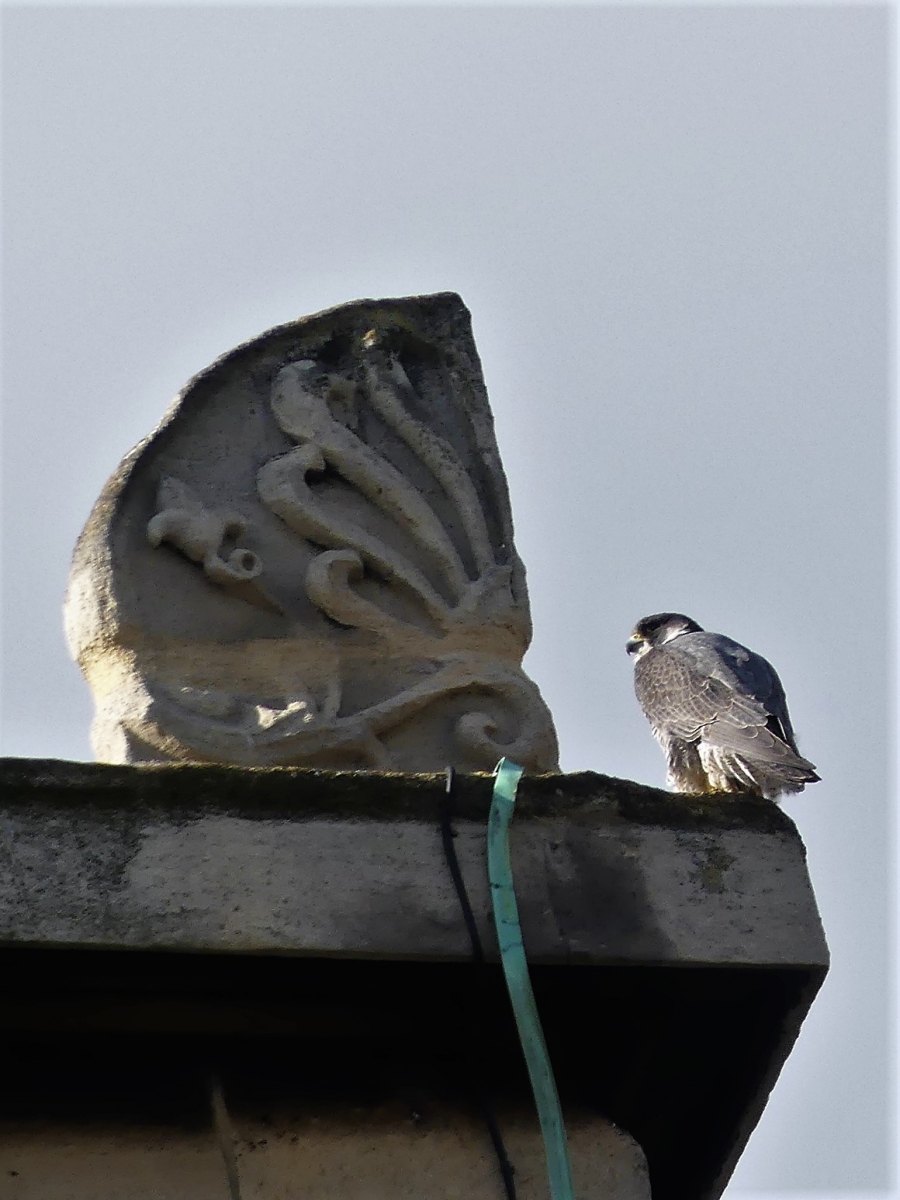 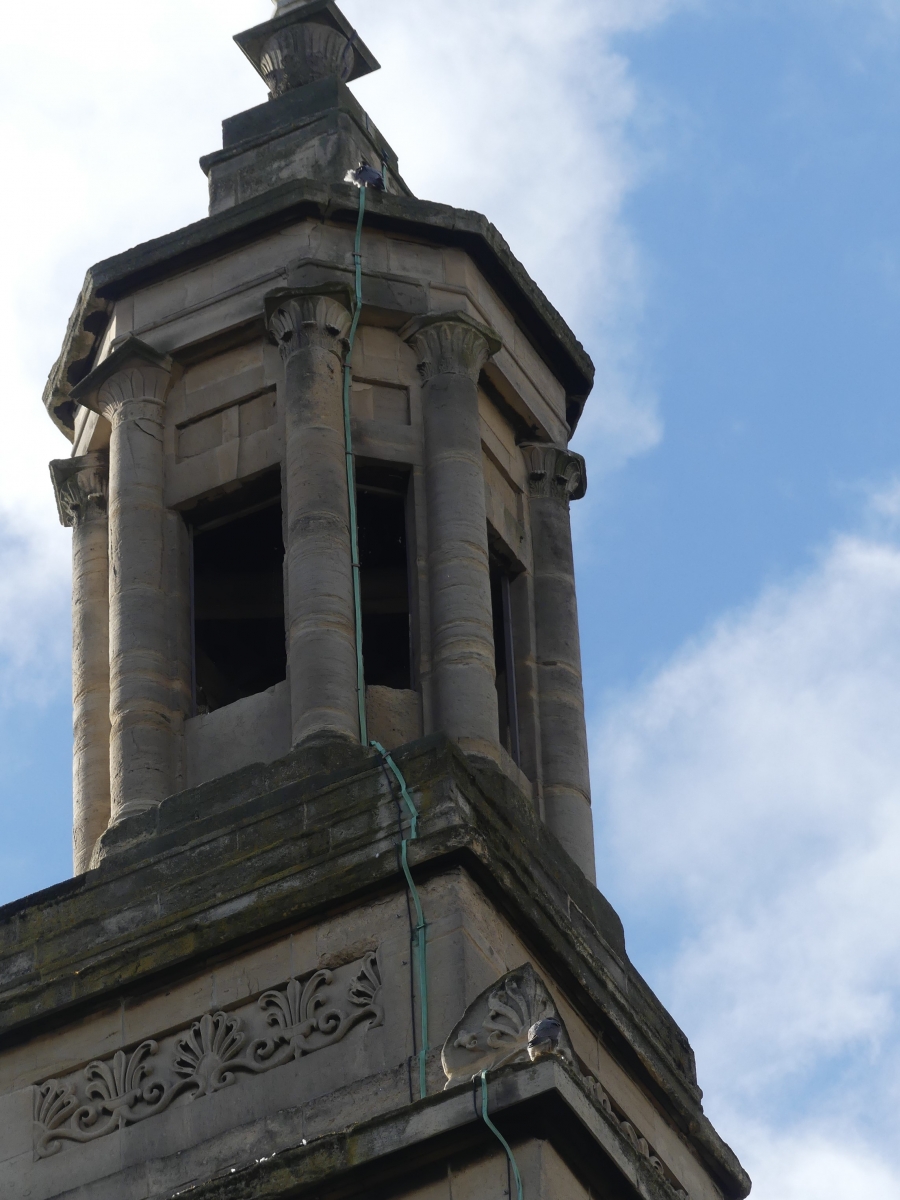