Lambeth Council has launched a new anti-harassment ‘Real mates say “leave her alone”’ campaign, which calls on men to challenge the sexual harassment and assault against women that happens on the streets of Lambeth.

Additionally, the Mayor of London has launched a similar campaign called ‘Have a word’ which highlights the role of men in ending harmful and violent behaviours against women and girls in the capital.

The council has also joined with Commonplace to create the Lambeth Safer Spaces survey. This online tool supports women to report places where they have felt unsafe and provide feedback that could be used to improve street lighting, CCTV camera coverage, or street signage. We want to give everyone the ability to take action so that together, we can make our society safer for women and girls. 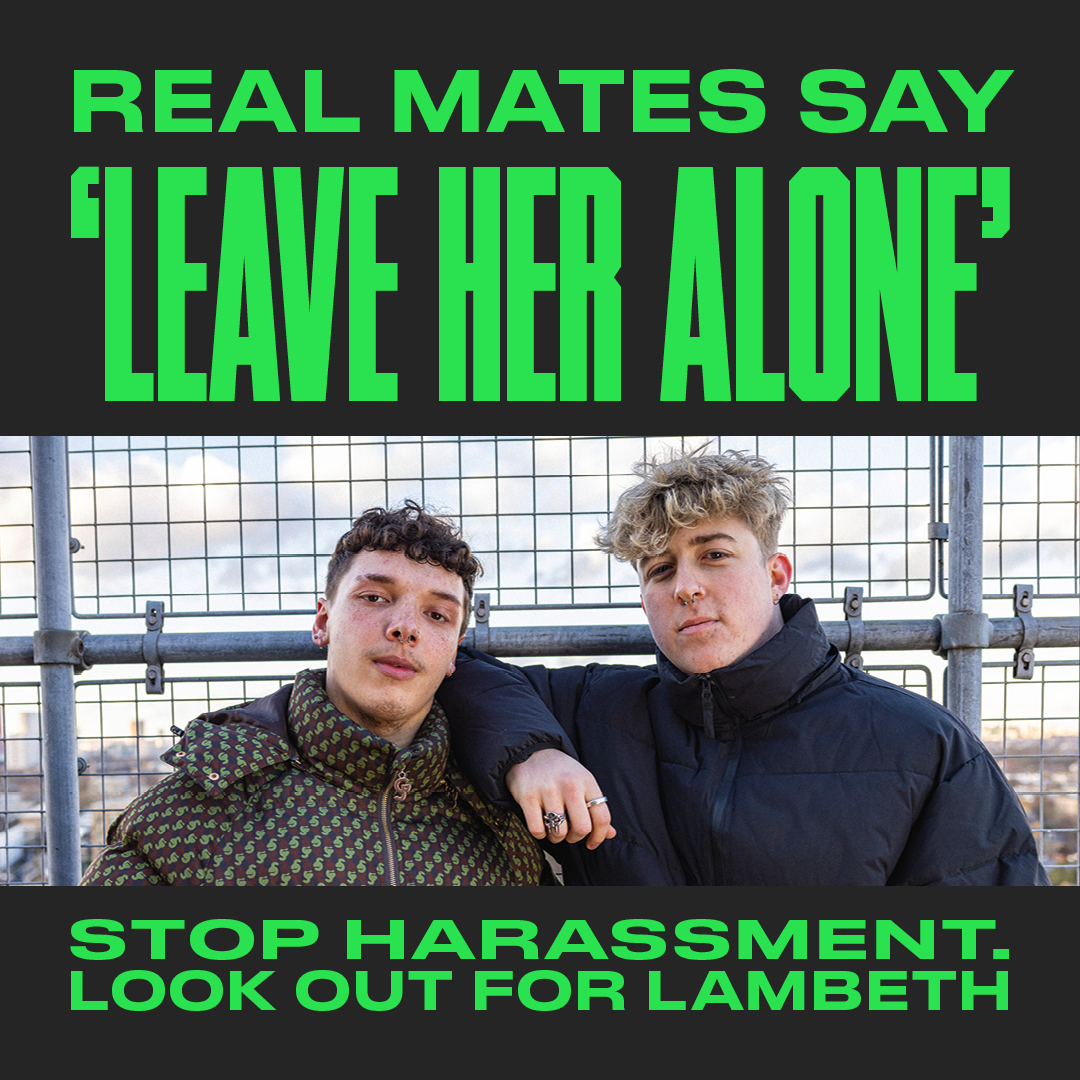