UPDATE 14 December 2022
We contacted TfL as we had heard nothing in response to a number of queries, to find that these partially completed works have been postponed to the new year due to cold weather. We hope to hear more from TfL on the remaining works and mitigating measures.
----------------------------------

TfL are to resurface the Tulse Hill gyratory from Monday 5 December 2022. Works are to take place overnight (8pm-6am) until Sunday 17 December in phases. Some additional information is set out in this letter which we received late yesterday, 1 December.

TfL has given precious little specific advance notification to ward councillors or local community and business groups and no opportunity to influence the plans. We have asked TfL to supply details of both road traffic and bus diversions to be put in place, and for what dates. Whilst the works will be undertaken overnight, there is likely to be disruption to those businesses in the night time economy; we have asked TfL how the needs of such businesses will be considered. We are also checking with TfL that the provided contact details will apply during the hours of operation (8pm-6am).

Under the Streetworks project the conclusion reached by the community was that the gyratory should be removed through closure of the eastern arm to all traffic except buses and cycles. The gyratory removal is awaiting funding by TfL, which is probably a long way from fruition. We have asked TfL how the gyratory resurfacing project sits alongside that aspiration. We feel the opportunity has been missed to at least make some road safety improvements in the meantime.

We will publicise any additional information we receive from TfL. 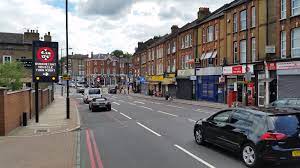